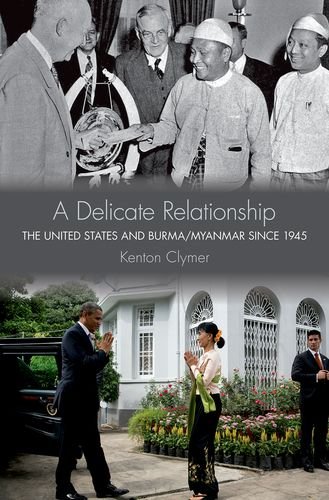 Released! 12/15/2015
A Delicate Relationship: The United States and Burma/Myanmar since 1945
by Kenton Clymer
Hardcover

In 2012, Barack Obama became the first U.S. president ever to visit Myanmar, formerly known as Burma. This official state visit marked a new period in the long and sinuous diplomatic relationship between the United States and Burma/Myanmar, which Kenton Clymer examines in A Delicate Relationship. From the challenges of decolonization and heightened nationalist activities that emerged in the wake of World War II to the Cold War concern with domino states to the rise of human rights... read more