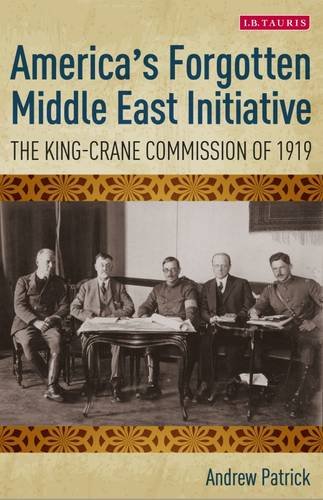 Sent to the Middle East by Woodrow Wilson to ascertain the viability of self-determination in the disintegrating Ottoman Empire, the King-Crane Commission of 1919 was America’s first foray into the region. The commission’s controversial recommendations included the rejection of the idea of a Jewish state in Syria, US intervention in the Middle East and the end of French colonial aspirations. The Commission’s recommendations proved inflammatory, even though its counsel on the question of the P... read more