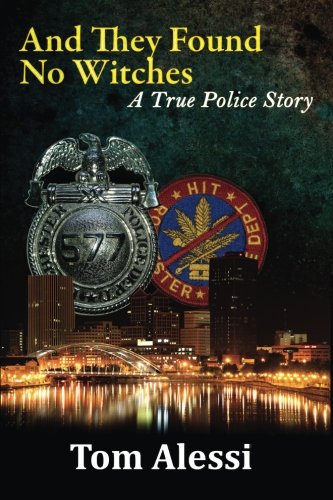 Released! 07/14/2015
And They Found No Witches: A True Police Story
by Tom Alessi
Paperback

A member of the Rochester, NY Police Department’s Narcotics Unit had a history of theft and illegal activity—a history carefully hidden from his squad members. Believing his luck was running out, the investigator approached federal prosecutors with a deal to turn evidence against his fellow officers. The possibility that a crooked cop might be willing to fabricate such evidence apparently never entered the prosecutors’ minds. A deal was struck, and for five months, the tainted cop wore a bo... read more