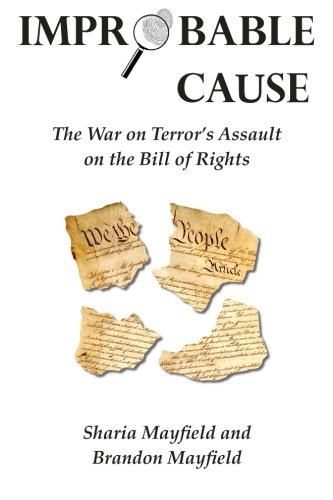 Released! 07/23/2015
Improbable Cause: The War on Terror's Assault on the Bill of Rights
by Sharia Mayfield
Paperback

Brandon Mayfield, a Portland resident and Muslim lawyer, is unexpectedly arrested on May 6, 2004, in connection to the March 11 Madrid train bombings that took the lives of nearly 200 people. Despite having an expired passport, no ties to Spain, and evidence that he was in Oregon on the day of the attack, Brandon is detained for weeks without charge. In a gripping true account of one of the U.S. government’s biggest blunders in the “War on Terror,” the Mayfields invite you into the secretive ... read more