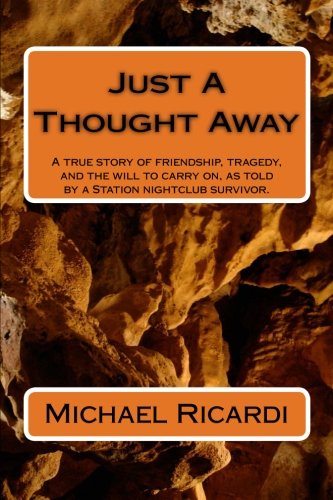 Released! 06/24/2015
Just A Thought Away: A true story of friendship, tragedy, and the will to carry on, as told by a Station nightclub survivor.
by Mr Michael Ricardi
Paperback

"Just a Thought Away" is a non-fiction memoir written by Michael Ricardi, a survivor of the deadly Station nightclub fire that took place in West Warwick, Rhode Island, on February 20, 2003. In the end, 100 people would perish, including Ricardi's friend, Jim Gahan. They were in attendance that night to interview Great White's lead singer, Jack Russell, for their college radio show. In the book, Ricardi takes you on a journey that chronicles how the two became friends and how they found th... read more