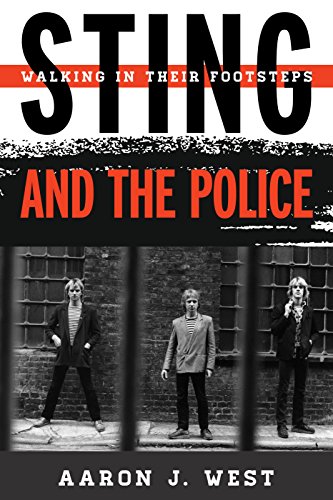 Released! 10/16/2015
Sting and The Police: Walking in Their Footsteps (Tempo: A Rowman & Littlefield Music Series on Rock, Pop, and Culture)
by Aaron J. West
Hardcover

During the 1980s, when pop icons like Madonna, Bruce Springsteen, Michael Jackson, and U2 reigned supreme, many regarded The Police as the biggest band in the world. Yet after only five albums—and at the peak of their popularity—The Police disbanded and Sting began a solo career that made him a global pop star. Today, artists from Puff Daddy to Gwen Stefani credit The Police and Sting as major influences on their own work, reflecting that The Police were not only a popular, polish... read more