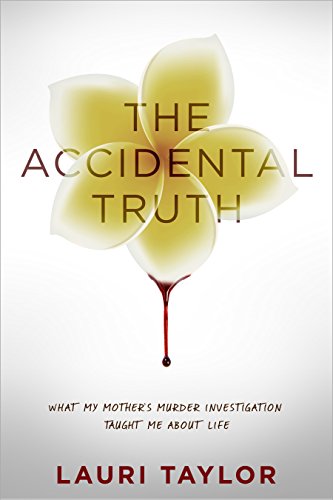 Released! 05/12/2015
The Accidental Truth: What My Mother's Murder Investigation Taught Me About Life
by Lauri Taylor
Hardcover

Lauri Taylor was just your average suburban PTA mom and marketing exec. Then tragedy struck. When her mother is found dead in Mexico, Lauri finds herself embarking on a journey of discovery. She strives to uncover the identity of her mother’s murderer while struggling against the unbearable guilt of having been powerless to prevent her murder―but what she finds isn’t what she was expecting.