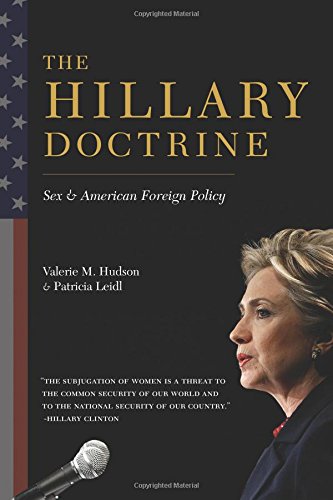 Hillary Rodham Clinton is the first Secretary of State to declare the subjugation of women worldwide a serious threat to U.S. national security. Known as the Hillary Doctrine, her stance was made part of the 2010 Quadrennial Diplomatic and Development Review of U.S. foreign policy, formally committing America to the proposition that the empowerment of women is a stabilizing force for domestic and international peace.