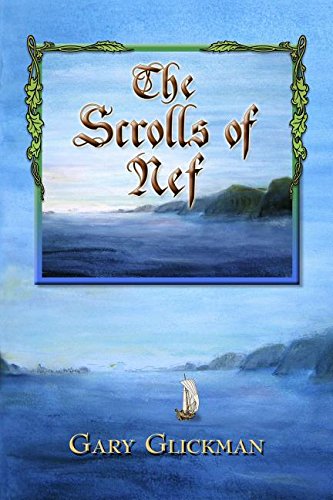 Released! 09/01/2015
The Scrolls of Nef
by Gary Glickman
Perfect Paperback

Forced to flee the Godlian Invasion, two princes of Korshan are flung to their separate destinies. The warrior Prince Talland to seduction and betrayal by the Godlian Questioner s daughter, and dream-reader Prince Orland to his mother's birthplace of Nef Island: where Godlian clerics are secretly burning the ancient library, and where no one of the royal lineage should ever feel safe. Exiled among indigenous healer-women condemned as witches, Talland must learn from them enough courage and wi... read more